This Brownie Ice Cream Sandwich recipe is a cool treat that tastes so good. Vanilla ice cream is layered between homemade brownies from scratch and topped with chocolate chips and almond bark drizzle.

Eating ice cream is my favorite way to cool down on a hot day. And these Ice Cream Sandwiches are just what the doctor ordered. 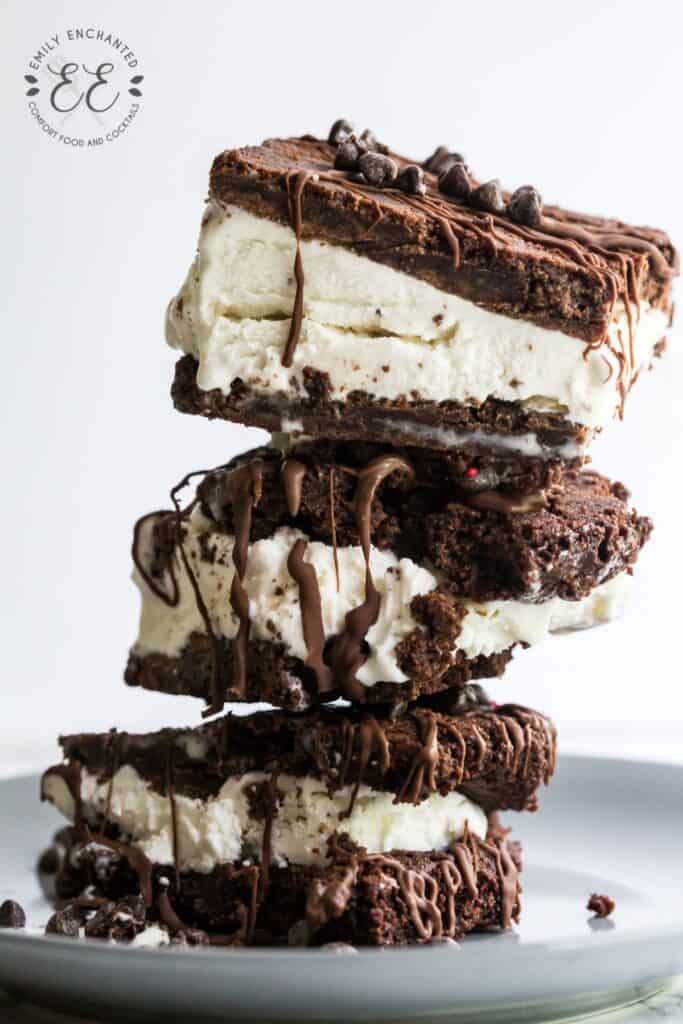 To make this ice cream recipe, you will need the following ingredients (see the recipe card below for exact amounts):

Tools You Need to Make Brownies from Scratch 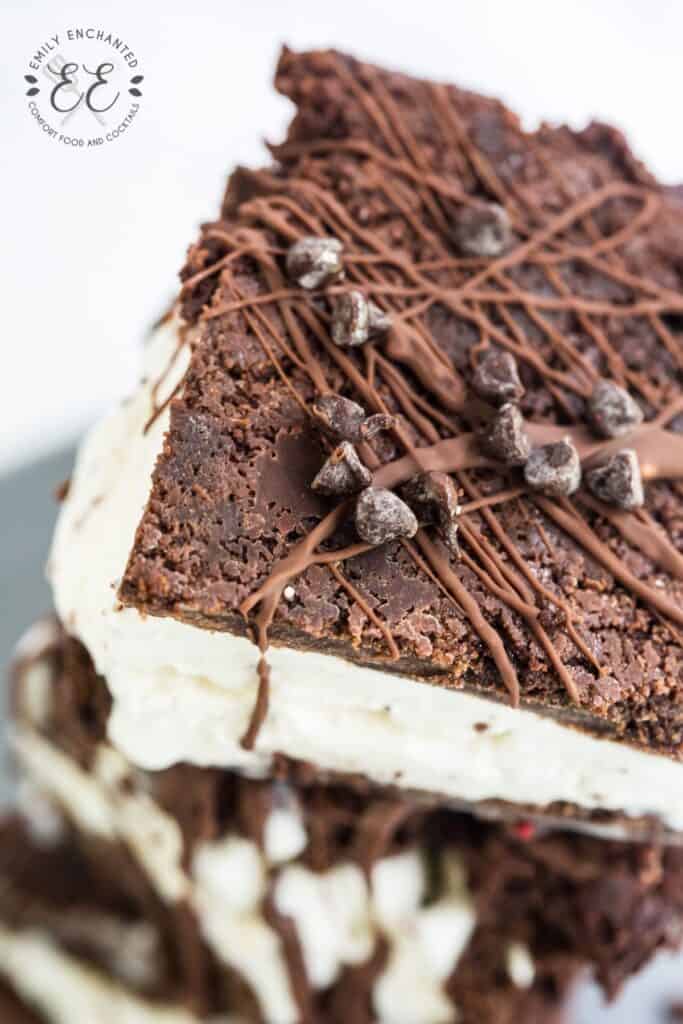 How to Make Ice Cream Sandwiches

Prep  your oven and pan. Preheat oven to 325 degrees. Spray no-stick baking spray on the bottom of an 8 x 8 inch pan or line with parchment paper.

Mix the brownie ingredients. In a mixing bowl, mix together sugar, brown sugar and eggs. Set aside. In a separate microwavable bowl, melt the butter. Add melted butter to the bowl with sugar and eggs and combine. Pour in the melted chocolate and mix until combined. Fold in the flour mixture. Add the chocolate chips and mix well.

Bake the brownies. Pour into prepared pan and cook in oven for approximately 30 minutes or until a toothpick inserted comes out clean. You do not want the brownies to be hard or crumbly. After the brownies are cooled completely, remove carefully from pan and place on parchment paper. 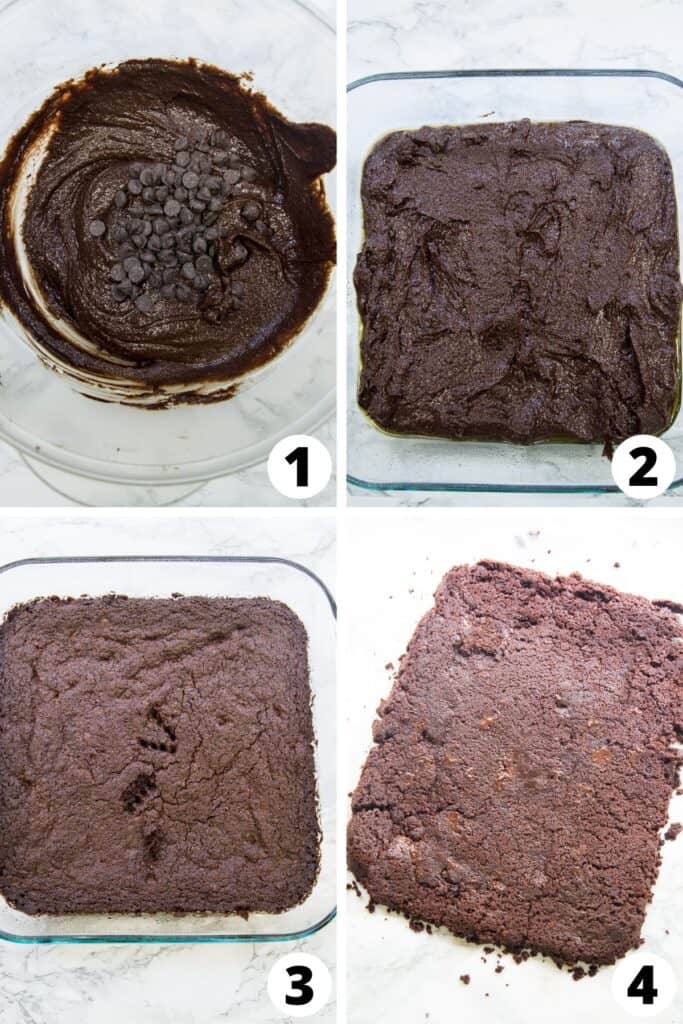 Step 2. Roll out the Brownies

Using a rolling pin, roll brownies until they are cookie height, about ¼ inch thick. Cut the rolled out brownies in half, so you have two large brownie pieces.

Put almond bark into a small microwavable bowl and microwave in 20 second increments until melted. Pour melted almond bark into a plastic baggie and twist the end to close the bag. Cut a corner off of the bag and drizzle the almond bark over the brownies. Sprinkle the brownie ice cream sandwiches with additional chocolate chips. 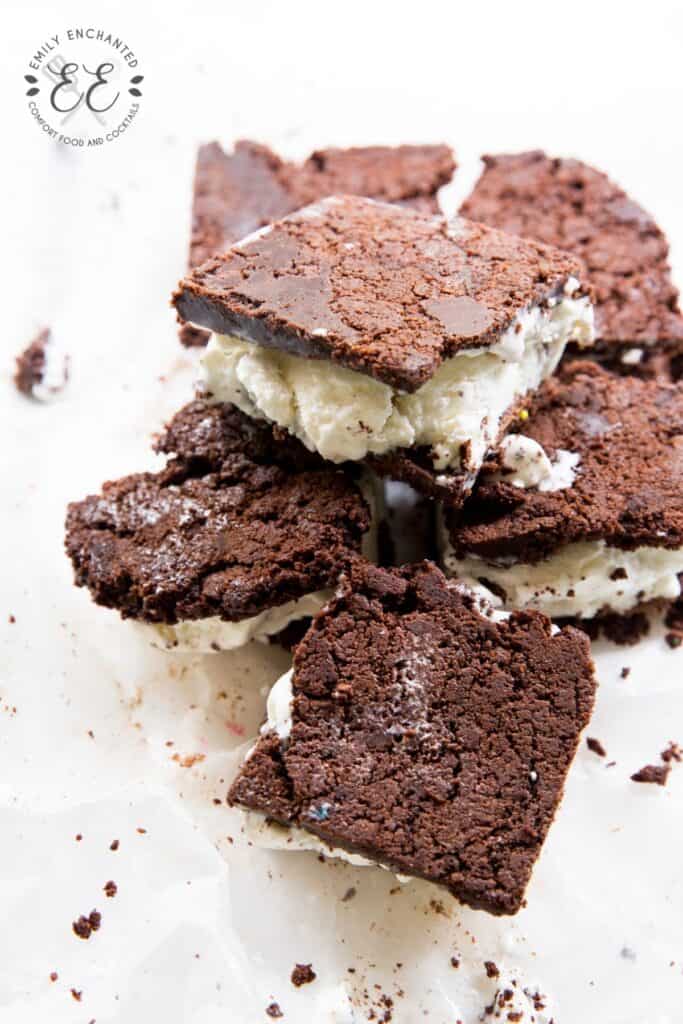 If you love ice cream, try these recipes: