Starbucks Caramel Apple Cider is a copycat recipe you can make at home. This delicious apple cider recipe is made with homemade cinnamon syrup. 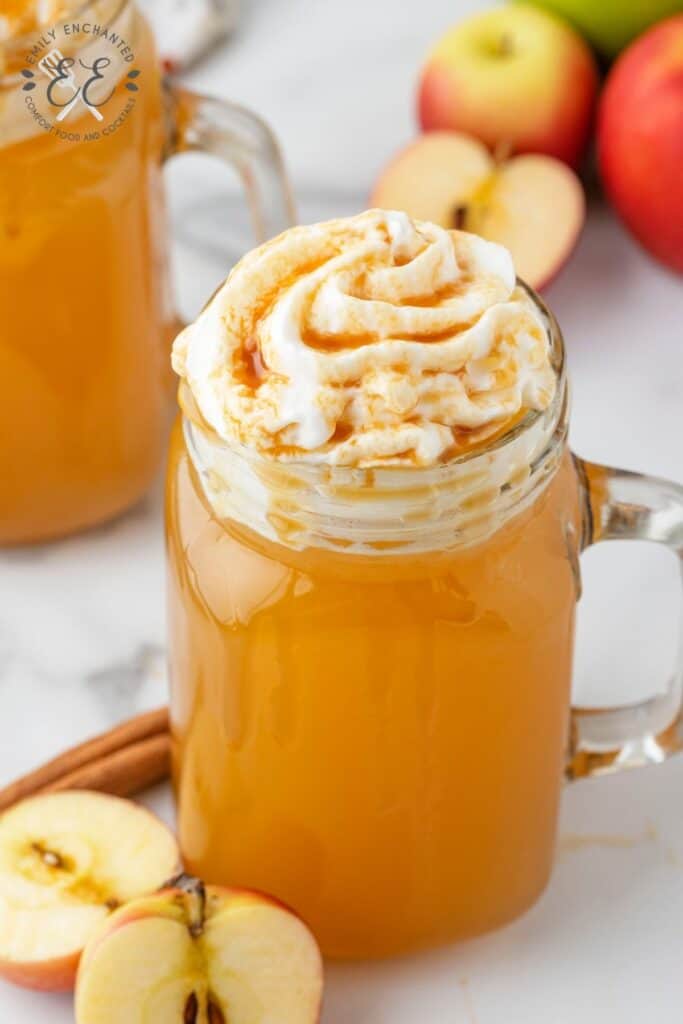 To make this Starbucks copycat drink, you will need the following ingredients (see the recipe card below for exact amounts): 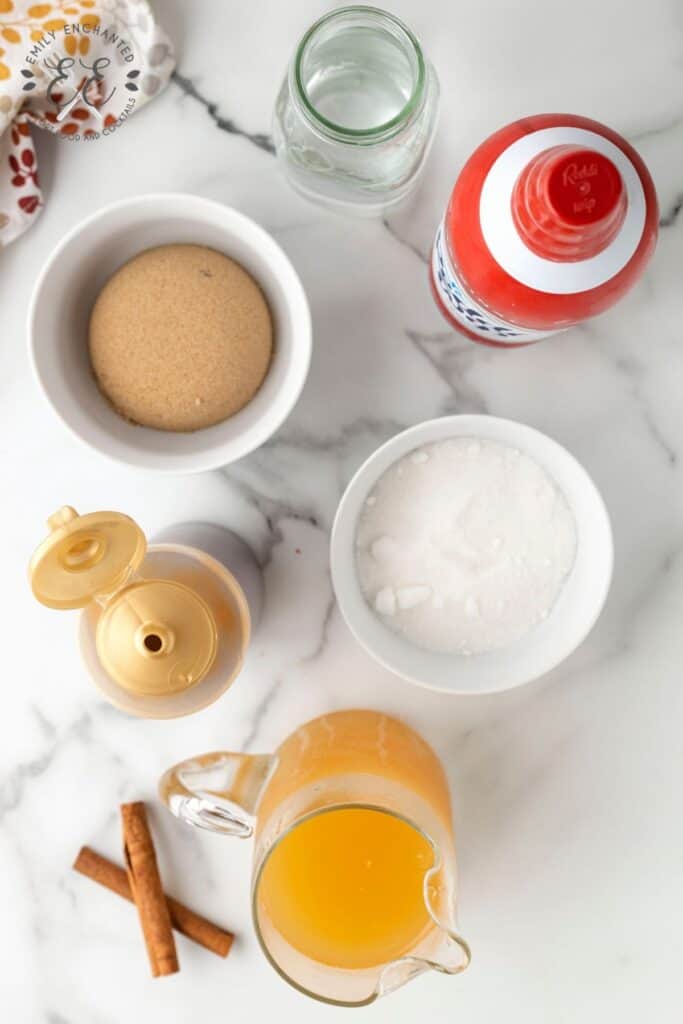 How to Make Copycat Caramel Apple Cider at Home 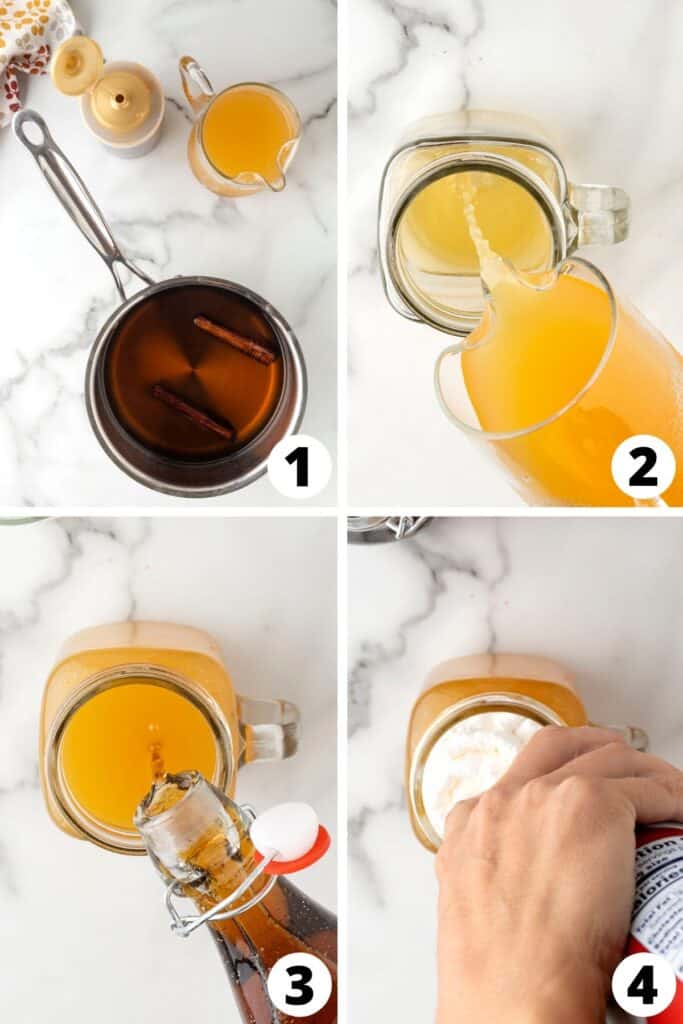 I have an espresso machine with a milk frother like Starbucks. Can I use that to heat up my apple cider?

Yes, I pour the cider and the syrup into my metal container and steam until the outside is nice and warm, about 1 minute.

What’s the difference between apple cider and apple juice?

The big difference between apple cider and apple juice is the apple juice has been strained and sweetened.

Can I use apple juice instead of apple cider?

Yes, you can; I like to use apple cider because I know I’m going to sweeten it with my syrup to my taste.

How do I store the leftover cinnamon syrup?

You can store it in an airtight container right on your counter. I found these cute jars on Amazon to keep all my syrups.

What else can I use the leftover cinnamon syrup for?

One of my favorite ways to use up the syrup is actually in coffee.

For the Cinnamon syrup: