Cinnabon Apple Cobbler is a delicious fall dessert recipe. Apples covered in sweet caramel maple sauce are topped with cinnamon rolls and cooked to perfection in a slow cooker.

Making cobbler in the slow cooker allows the maple and cinnamon flavors to really soak into the apples. This dessert is amazing on its own or can be served with vanilla ice cream. 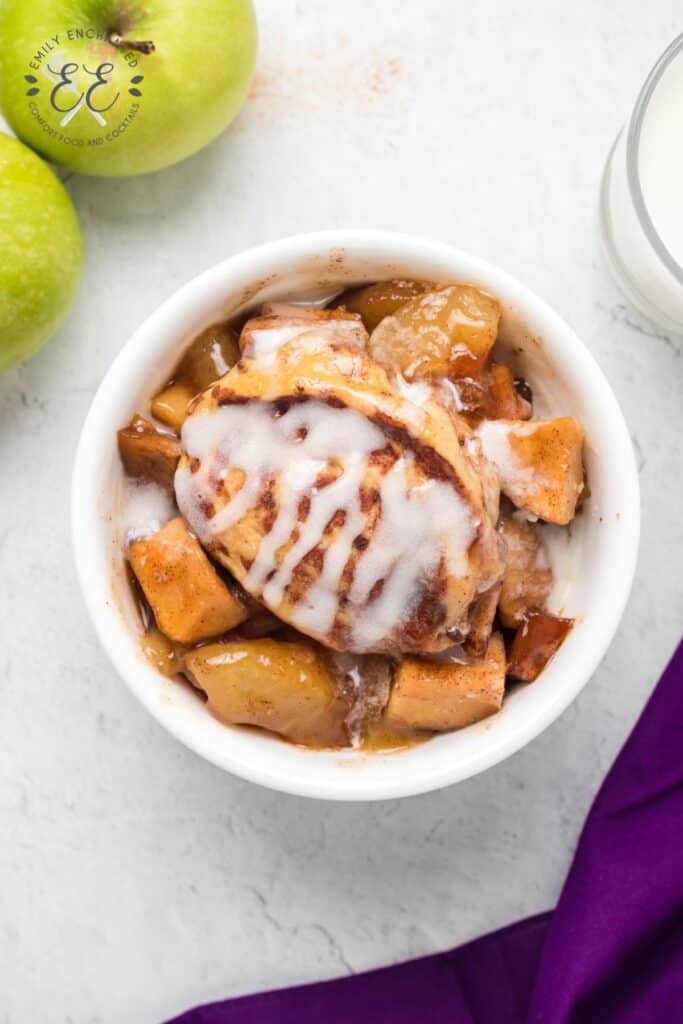 To make this easy apple cobbler, you will need the following ingredients (go to the recipe below for exact quantities and instructions): 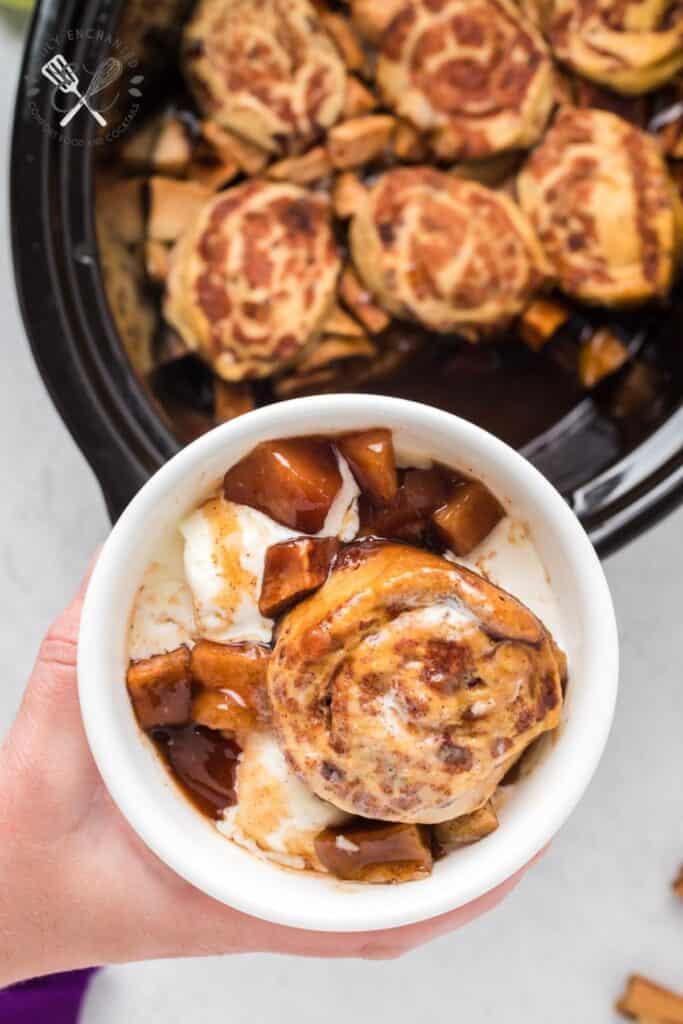 How to Make Apple Cobbler in a Crock Pot 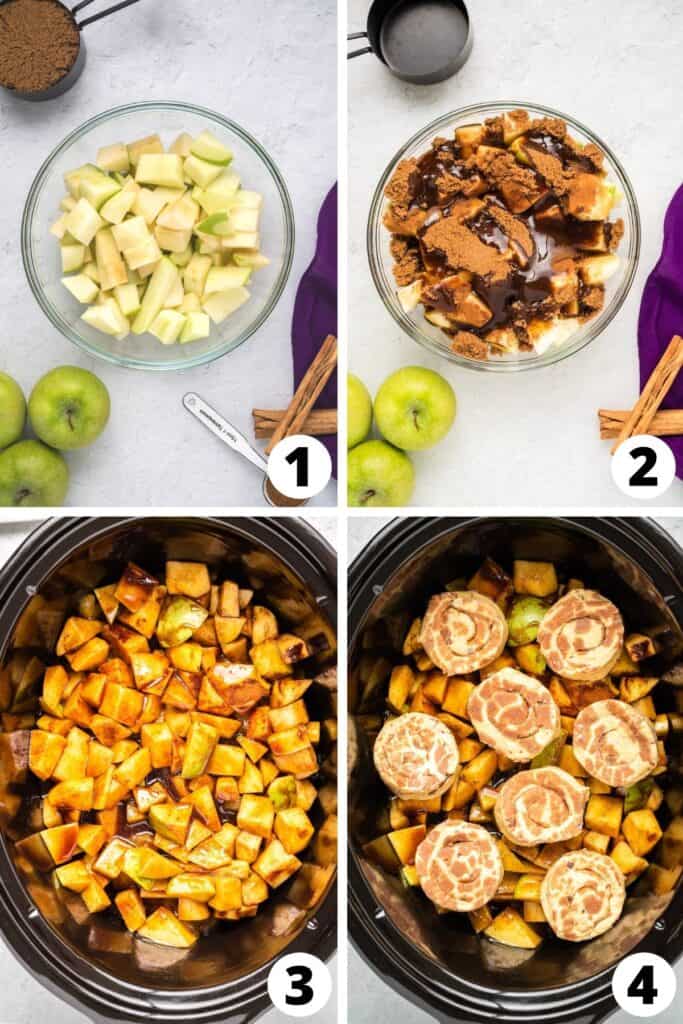 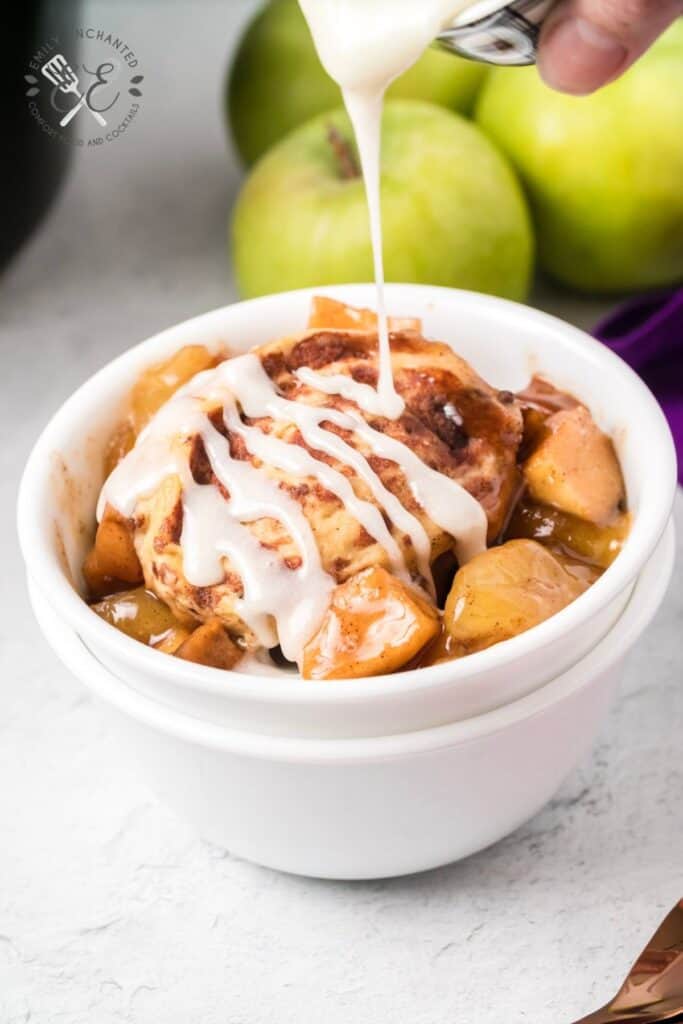 How to Serve This Cinnamon Roll Apple Dessert

This recipe is best served warm. Serve it on its own or on top of vanilla ice cream. 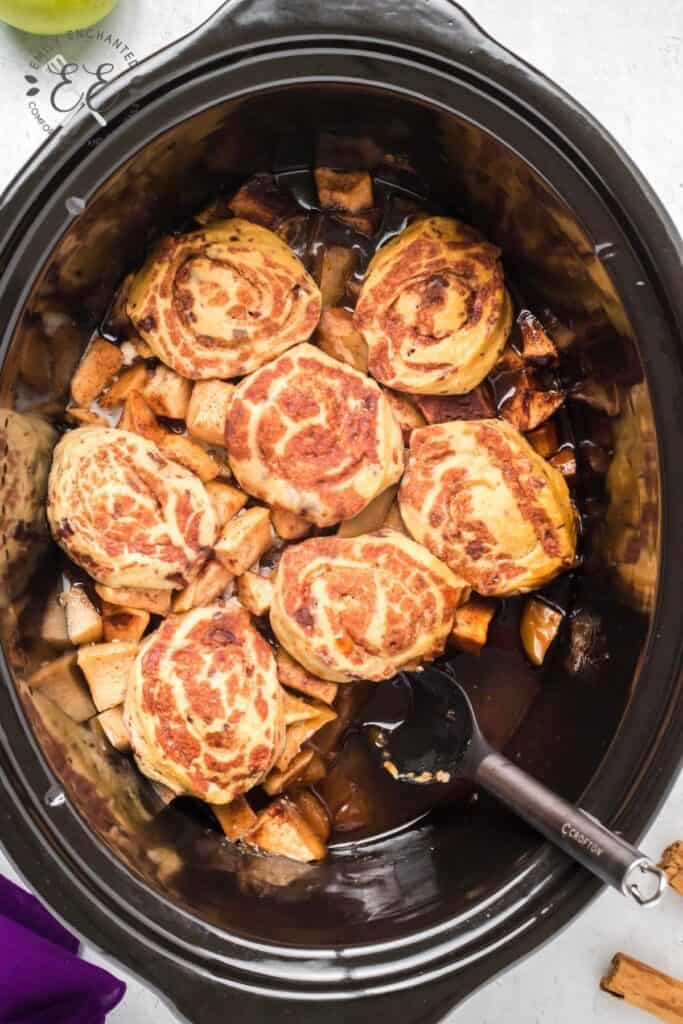