Apple Cinnamon Monkey Bread is made with refrigerated cinnamon rolls, fresh apples, and topped with a cream cheese icing. Monkey bread has never been easier!

This pull-apart bread is perfect for breakfast or dessert. It is simple to make, and because you don’t need to let it rise it can be ready in less than an hour. 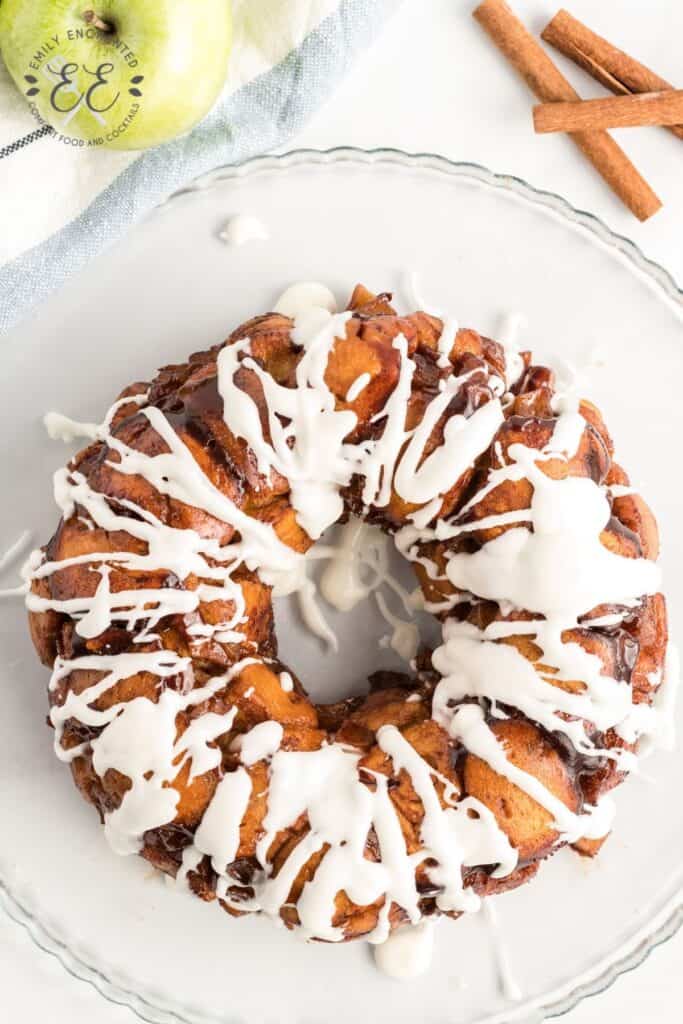 To make the best pull apart bread recipe, you will need the following (go to the recipe below for quantities and directions): 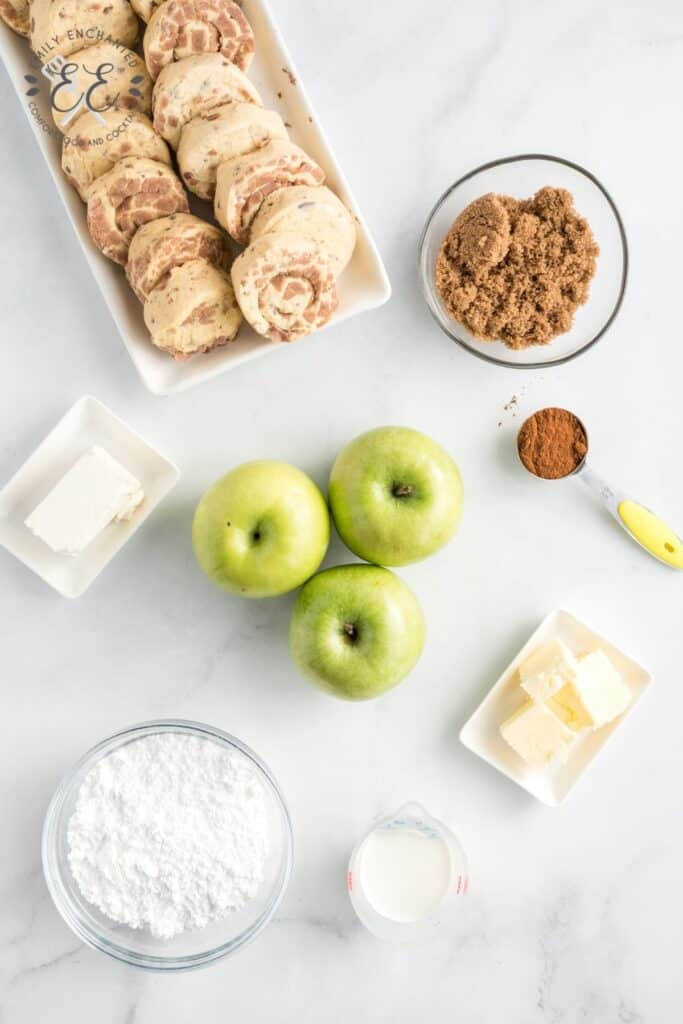 How to Make Monkey Bread 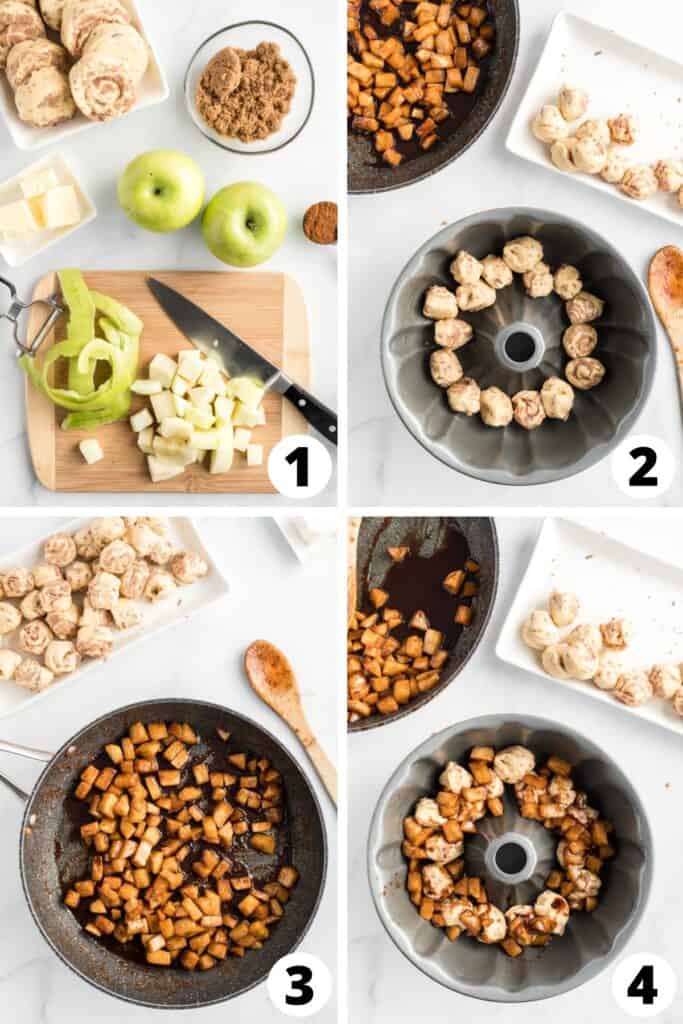 How to Make Cream Cheese Icing

In a large bowl, beat cream cheese and butter until fluffy. Add the powdered sugar a half cup at a time until well mixed. With the mixer on low, slowly add the cream until the icing has thinned out and you can drizzle it. It should be about the consistency of liquid honey. If you prefer, you can add more cream to make it more of a glaze or add less so that it is spreadable. 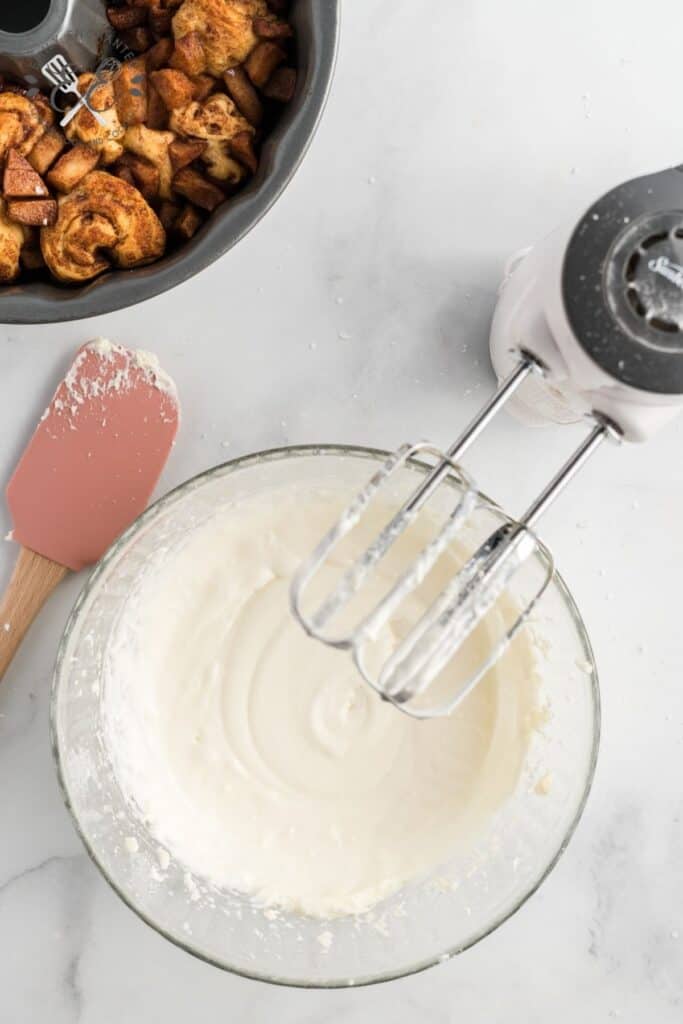 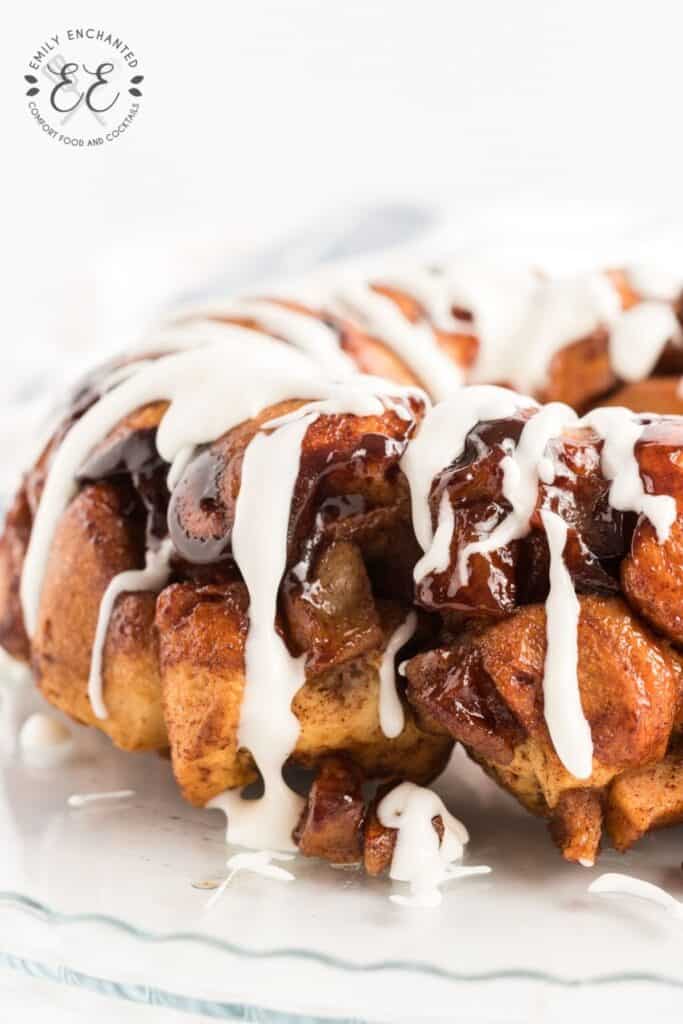 Can I Make Monkey Bread if I Don’t Have a Bundt Pan?

Yes, this recipe could be baked in a 9×13 pan instead of a bundt pan.

Can I Freeze Cream Cheese Icing?

Yes, you can. Simply store the leftover icing in an airtight container in the freezer. When ready to use, remove from the freezer and allow to thaw in the fridge or room temperature. It may thicken up after freezing, but can be thinned out with a bit of additional cream or milk if you want to drizzle it. 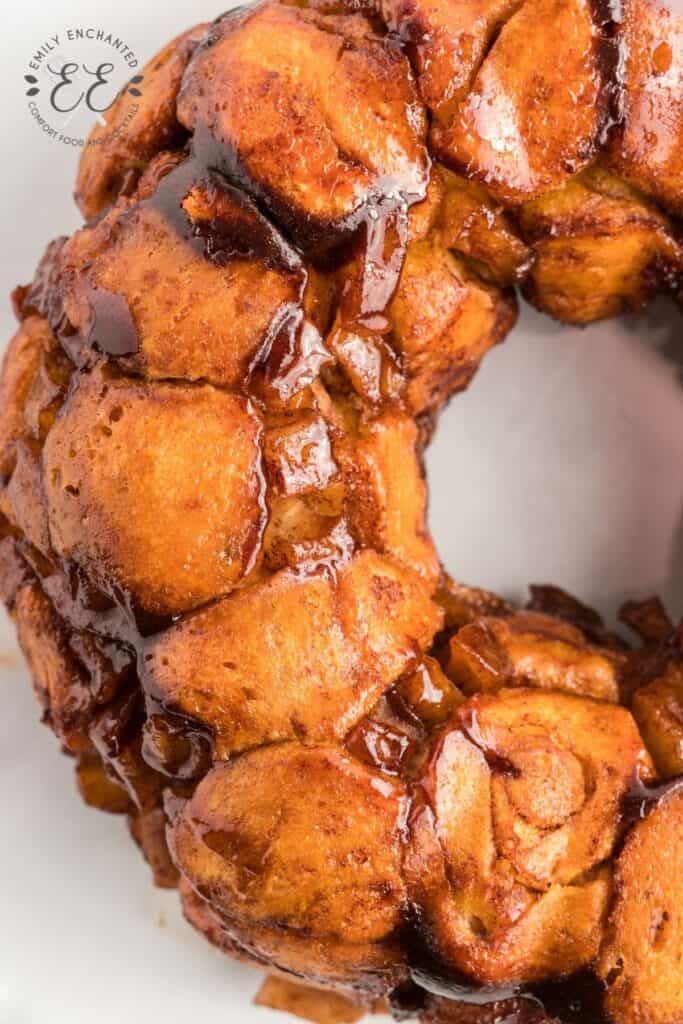 If you have leftovers you can wrap it in plastic wrap, or move it to an airtight container and store it in the refrigerator. It will last about 2 days.

Can I Reheat Monkey Bread?

You can warm it up in the microwave or place it on a baking sheet and cover in foil and reheat it in the oven at 350 degrees for about 10 minutes.

For the Monkey Bread:

For the Cream Cheese Icing: