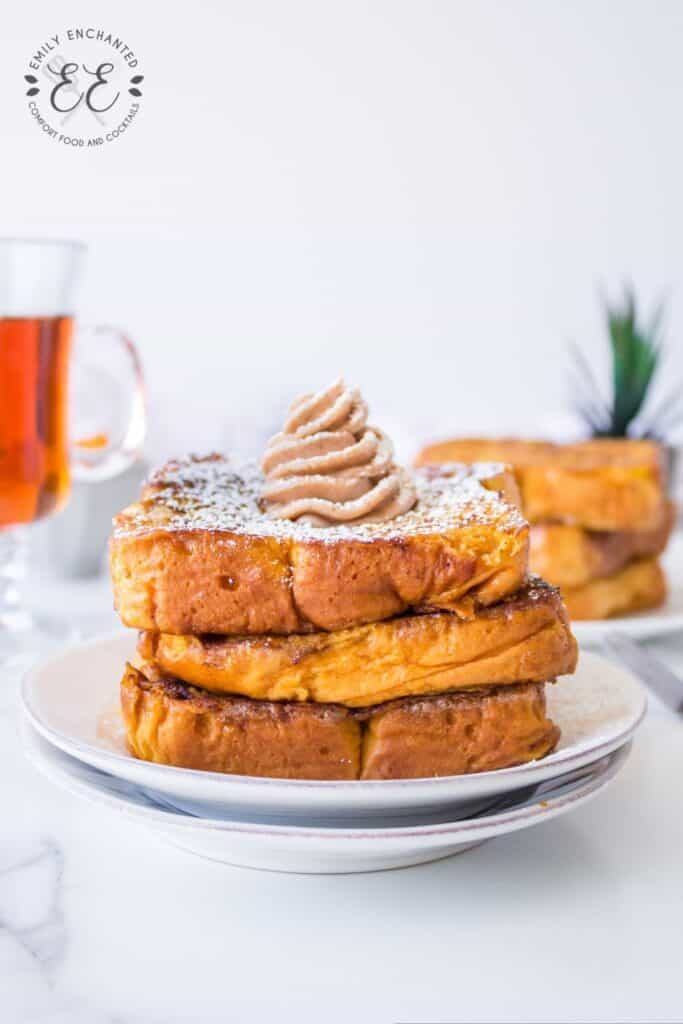 To make this pumpkin spice french toast, you will need the following ingredients (see the recipe card below for exact amounts): 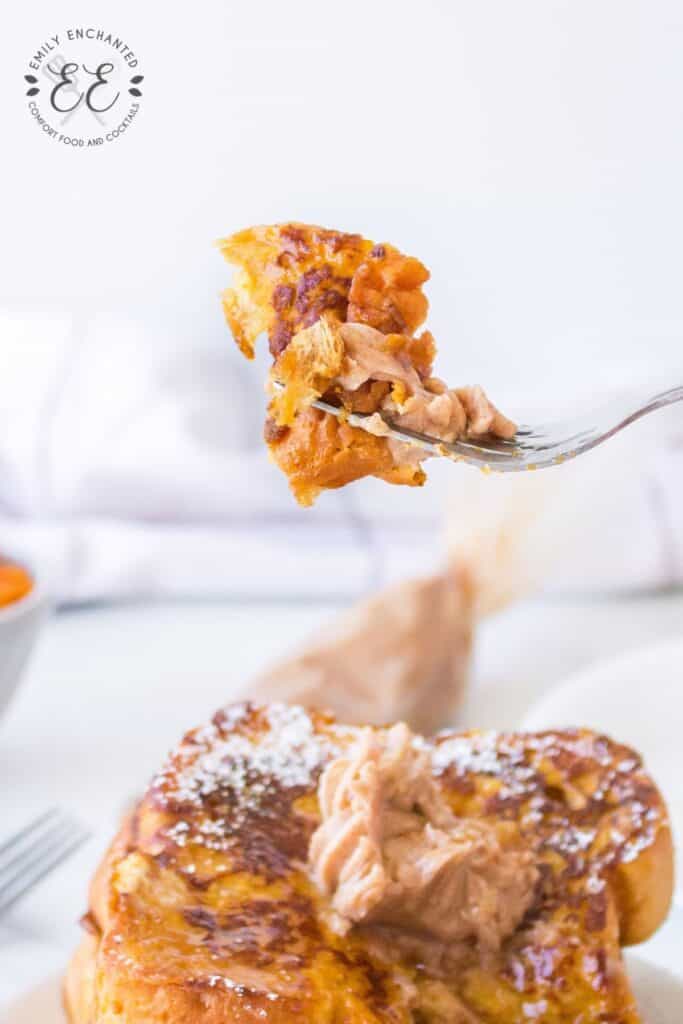 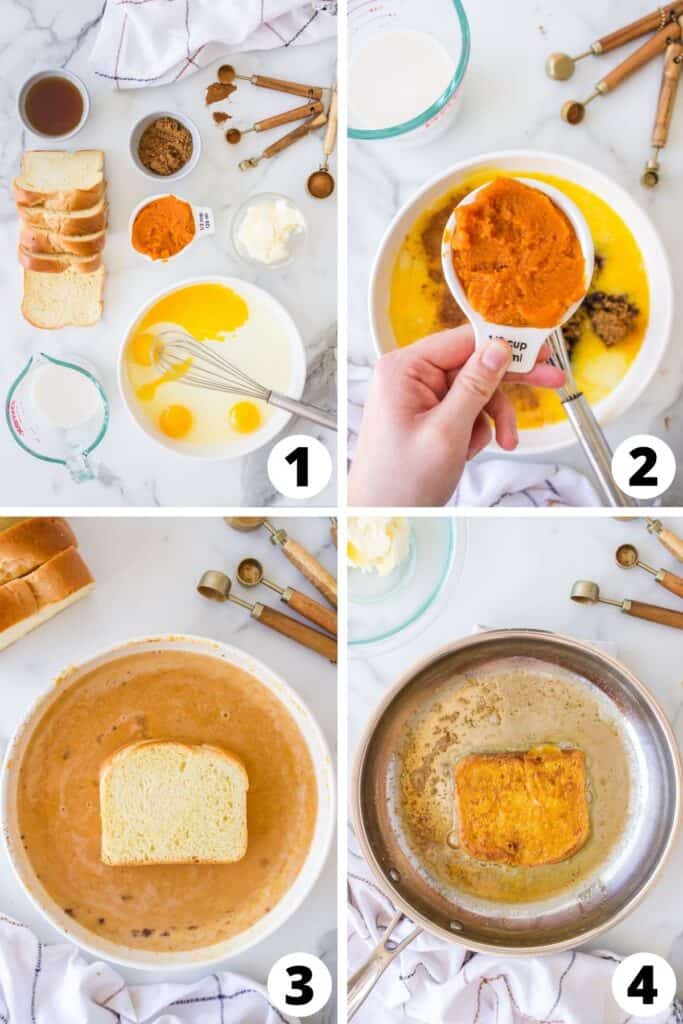 Do not cook your french toast on high heat. This can burn it and not cook the center properly.

I recommend only cooking one slice at a time, unless you are cooking in a large skillet. This helps the overall cooking process.

Leftover french toast can be stored in the fridge for up to 3 days or frozen in a tight freezer bag for up to 1 month. 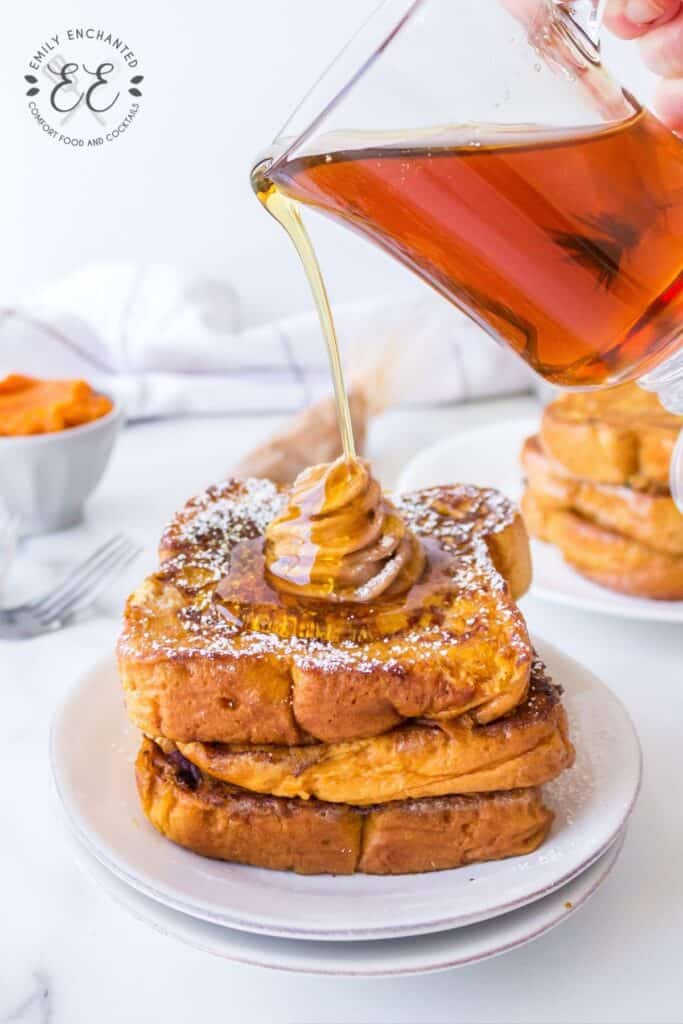 Can I Make this Recipe Ahead of Time?

You can certainly make the french toast batter and the butter ahead of time. Pumpkin/egg mixture can be stored in a tupperware container in the fridge for up to 3 days.

Maple butter can be stored in the fridge in a tight container for up to 1 week. It can be frozen tightly wrapped in plastic wrap and formed into a log.

Instead of maple syrup for serving you can add a drizzle of honey.

For the Whipped Maple Cinnamon Butter: