Dirt and Worms is a classic pudding dessert with Oreo topping and gummy worms. Instant pudding, milk, cream cheese and whipped topping made a super creamy pudding that you won’t want to stop eating!

If you love dirt cups, you will love this dirt cake version I made for Easter. 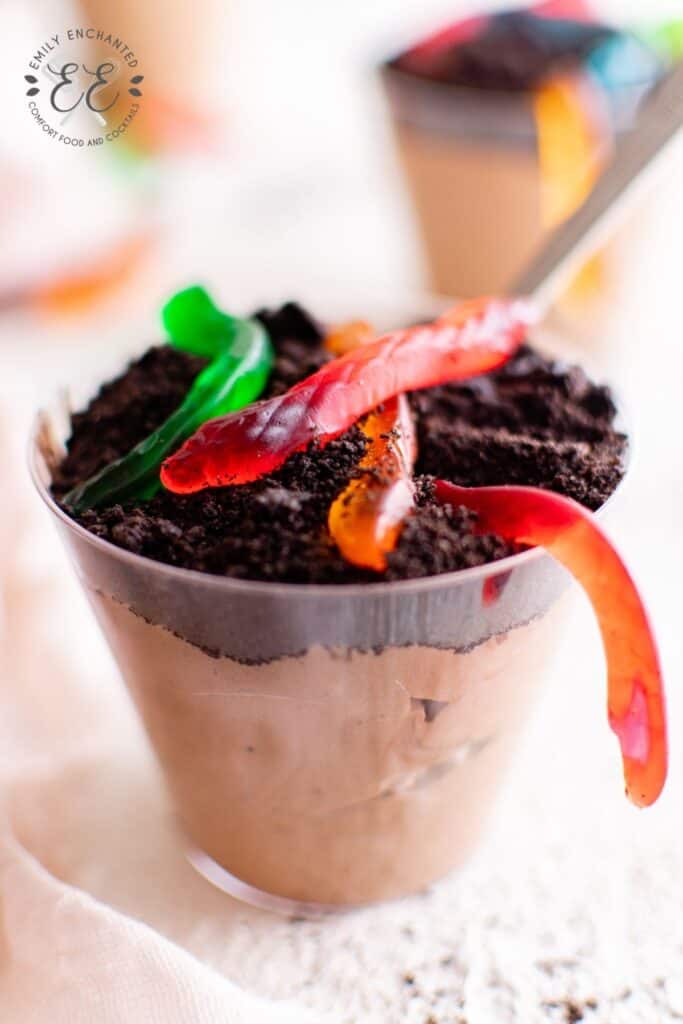 To make this dirt cups recipe, you will need the following ingredients (see the recipe card below for exact amounts): 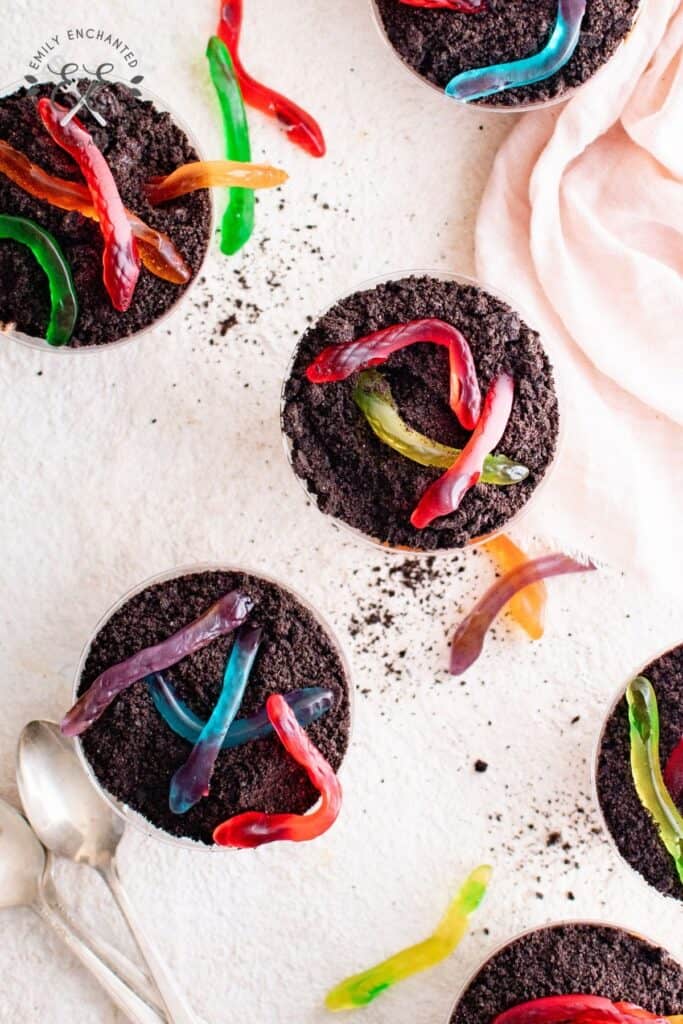 How to Make Dirt Pudding with Worms 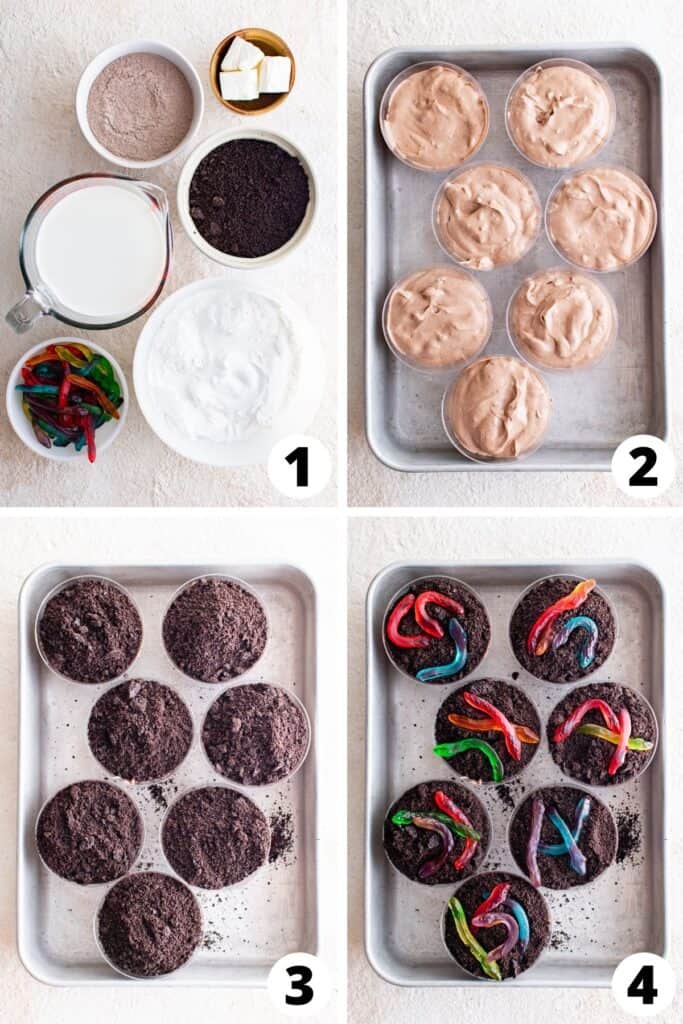 This pudding can be stored in an air container in the fridge without the Oreo crumbs and gummy worms on top for five days. 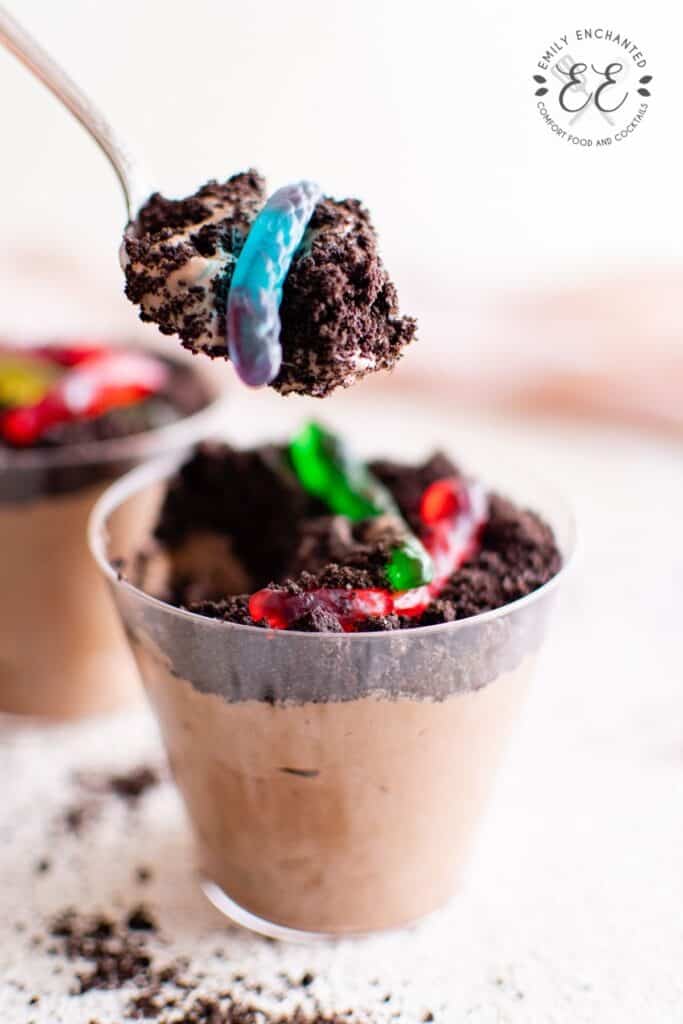