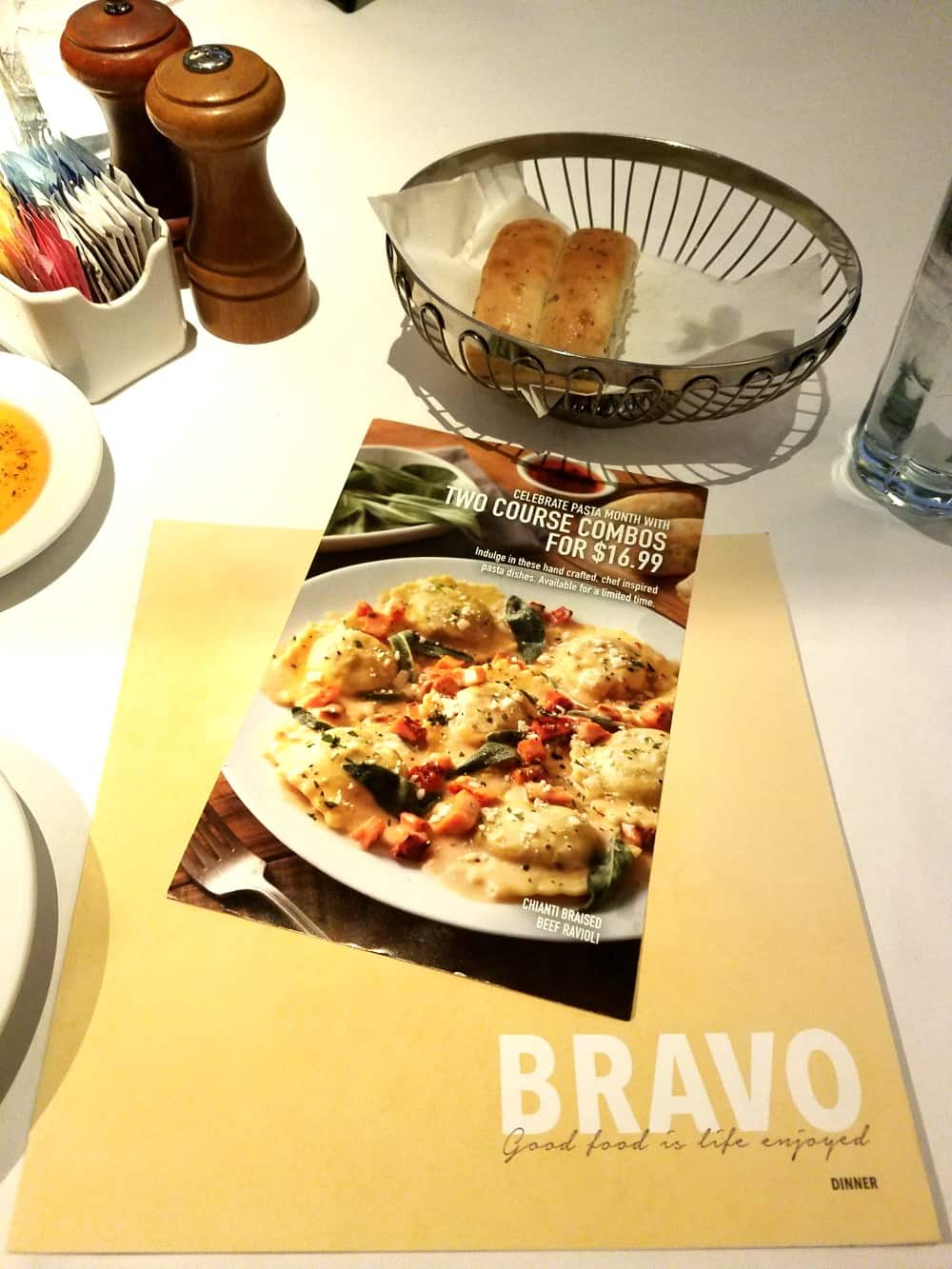 It’s #NationalPastaMonth at BRAVO Cucina Italiana!  From Oct. 3–Oct. 29 guests can enjoy two-course pasta combos for lunch ($14.99) and dinner ($16.99). The offer includes a choice of soup or salad.

BRAVO generously invited me to sample their menu. All opinions expressed herein are my own.

My boyfriend and I headed out to Uptown Albuquerque where BRAVO is set in a cute outdoor mall. We parked about a block away and had a nice stroll across the mall, where music was playing from the light posts. The restaurant itself has an ambiance reminiscent of old Italy. We were immediately greeted by our server and presented with bread and the best dipping sauce I’ve ever had at an Italian restaurant.

The Menu at BRAVO Cucina Italiana

For the pasta combos, you can choose from one of four pastas: 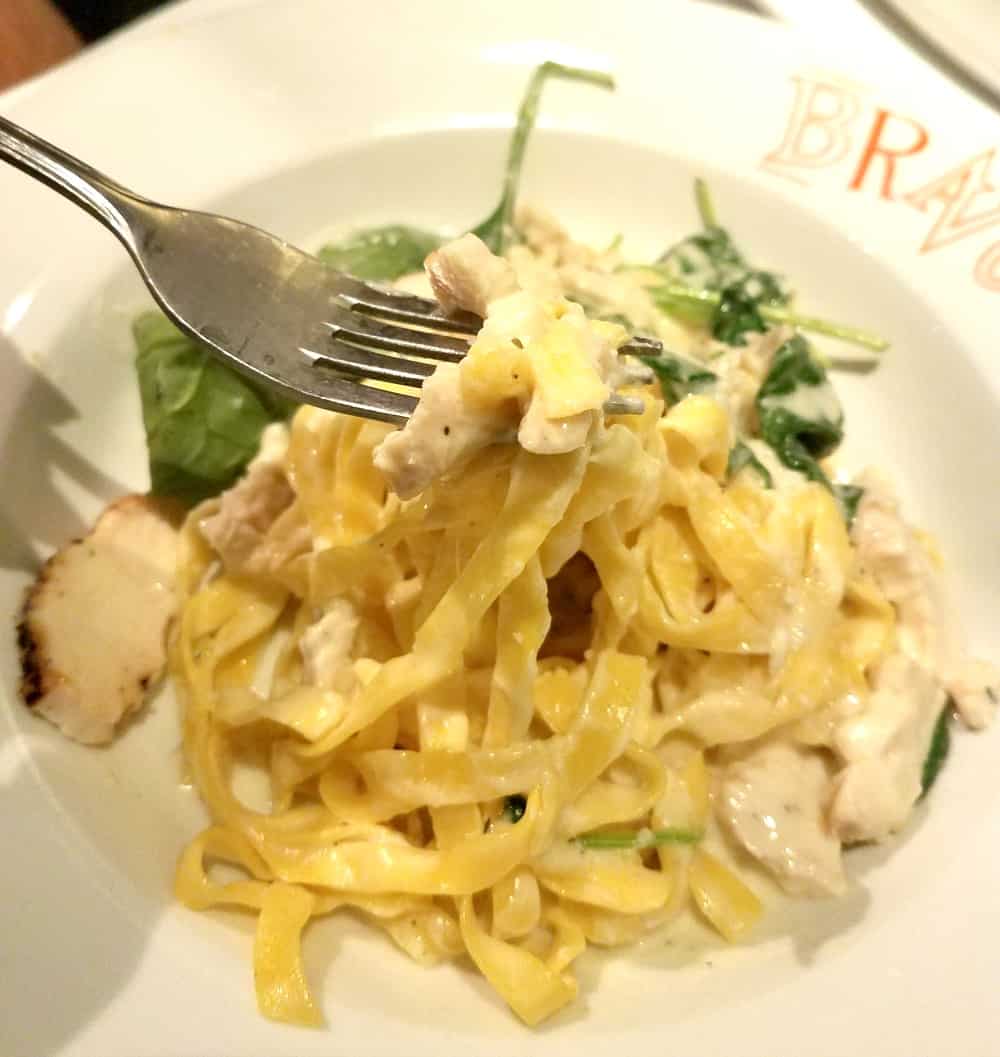 This is one of the best alfredo dishes I’ve ever had. When it comes to alfredo, it’s all about the sauce. 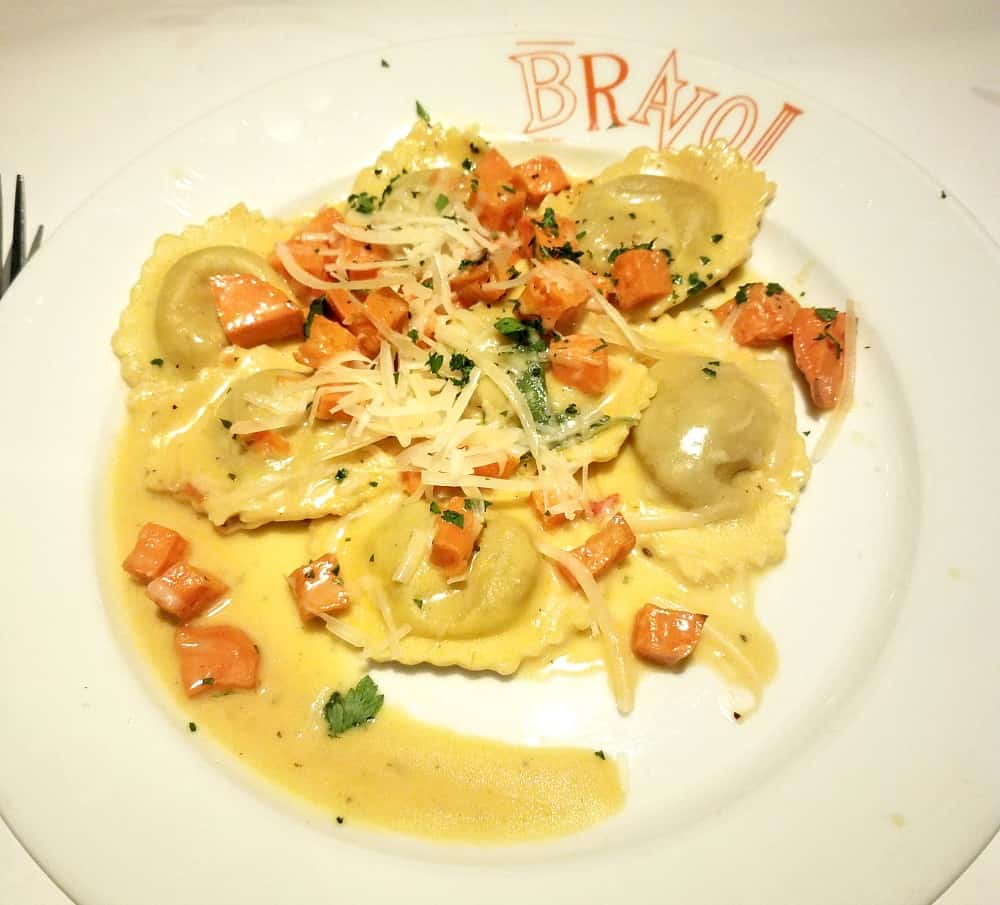 I forgot how delicious this dish was! We had it the last time we dined at BRAVO. The flavors are unlike any other pasta dish I’ve ever tried. 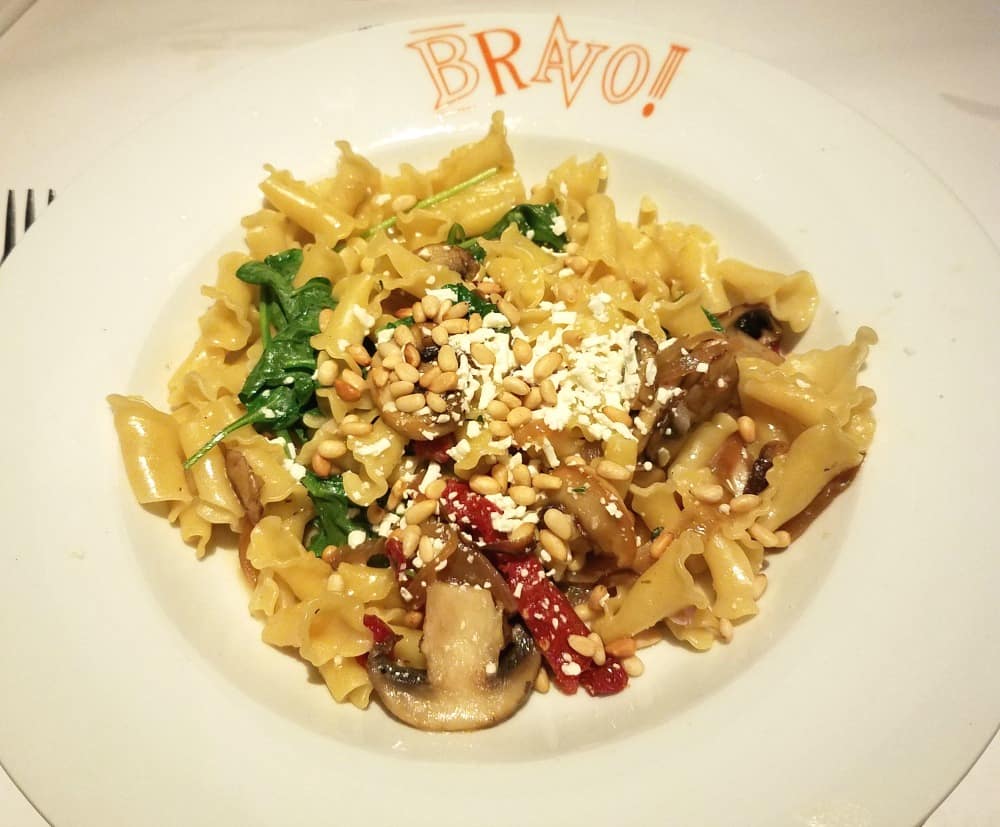 To be honest, I am not a fan of mushrooms. Surprisingly, this dish was delicious even with my dislike of mushrooms. It is a great http://quotecorner.com/proscar.html “lighter” option. 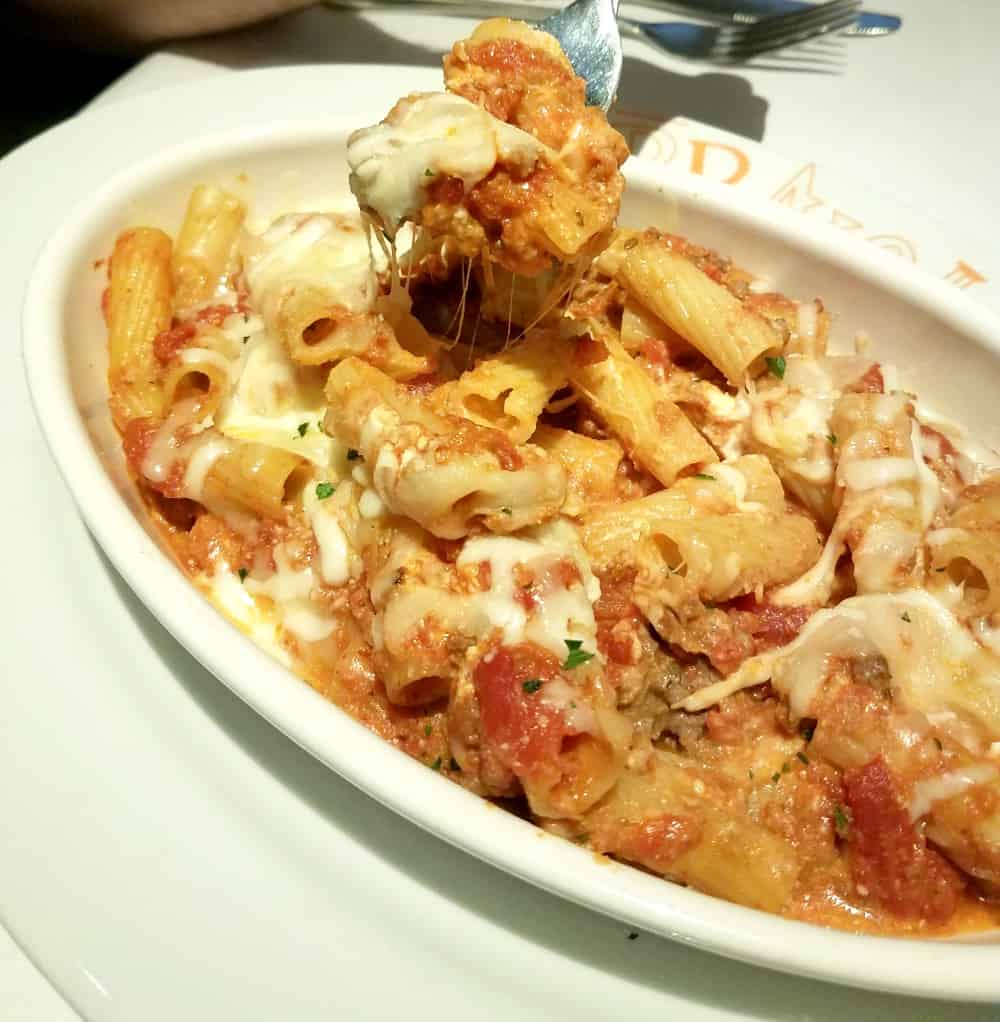 You can’t really go wrong when you put several different cheeses in one dish. Another delicious dish! It was so hard for me to pick a favorite.

End the meal with the Pumpkin Butterscotch Bread Pudding, made with vanilla bean gelato, caramel, candied pecans, anglaise, and cinnamon, for $5.99. 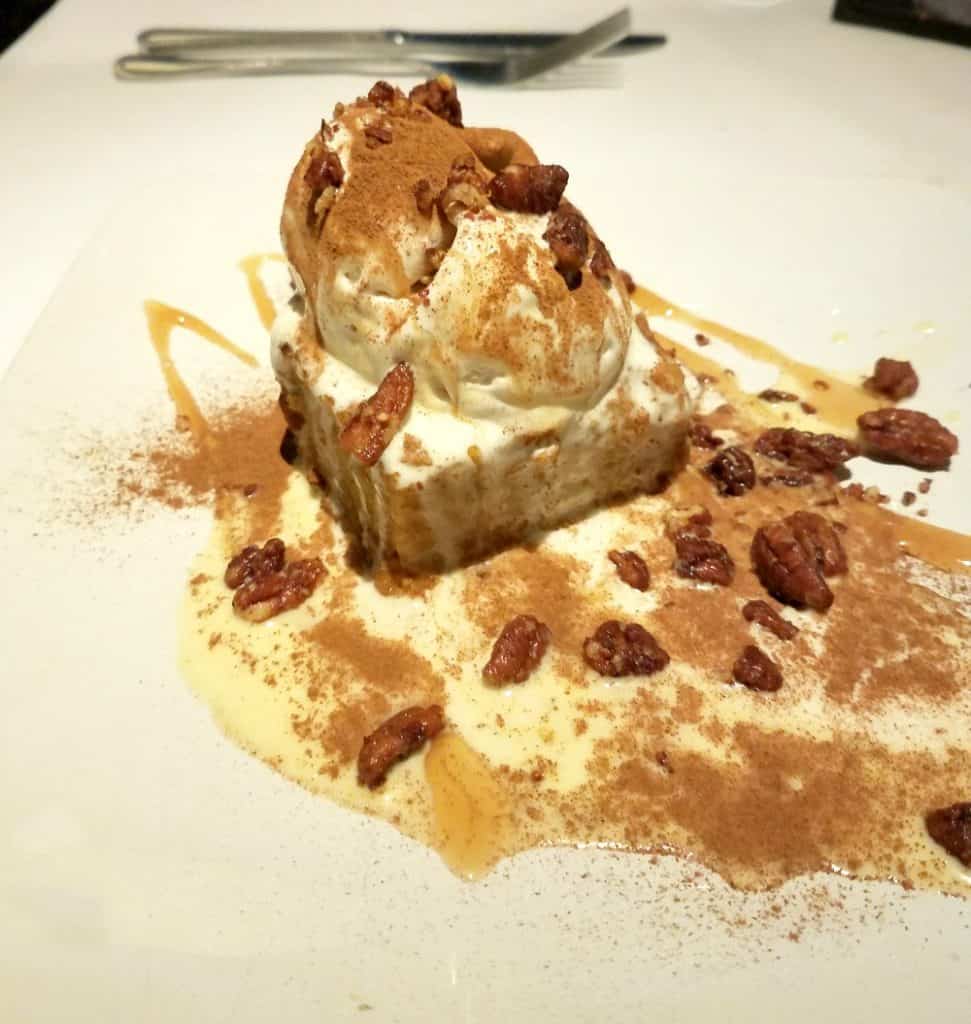 Be careful not to inhale the cinnamon! LOL This is hands down the best bread pudding I’ve ever had. I hope it stays on the menu.

In addition to a full wine list, guests can savor the flavor of the season with these limited time fall-inspired cocktails: 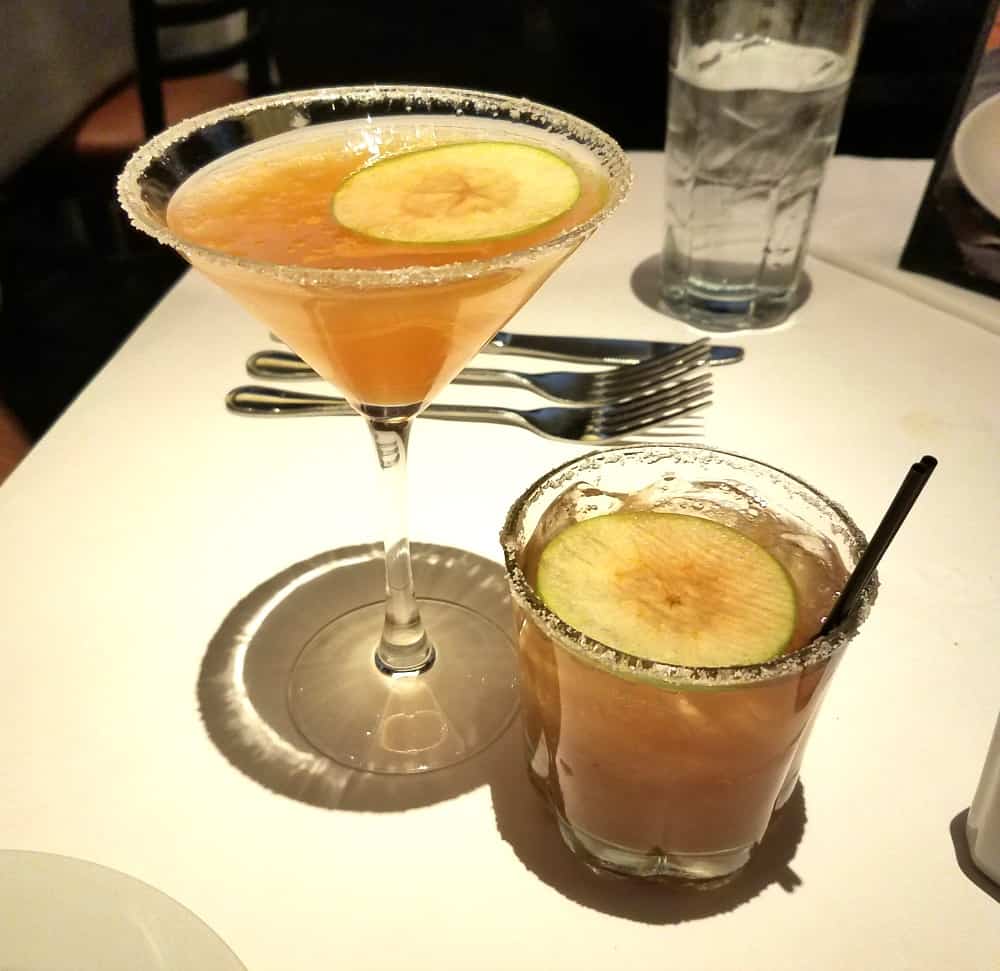 These cocktails tasted just like apple cider and I could drink many of them, which is dangerous. 😉

We will definitely be returning to BRAVO in Uptown Albuquerque, even after National Pasta Month ends! 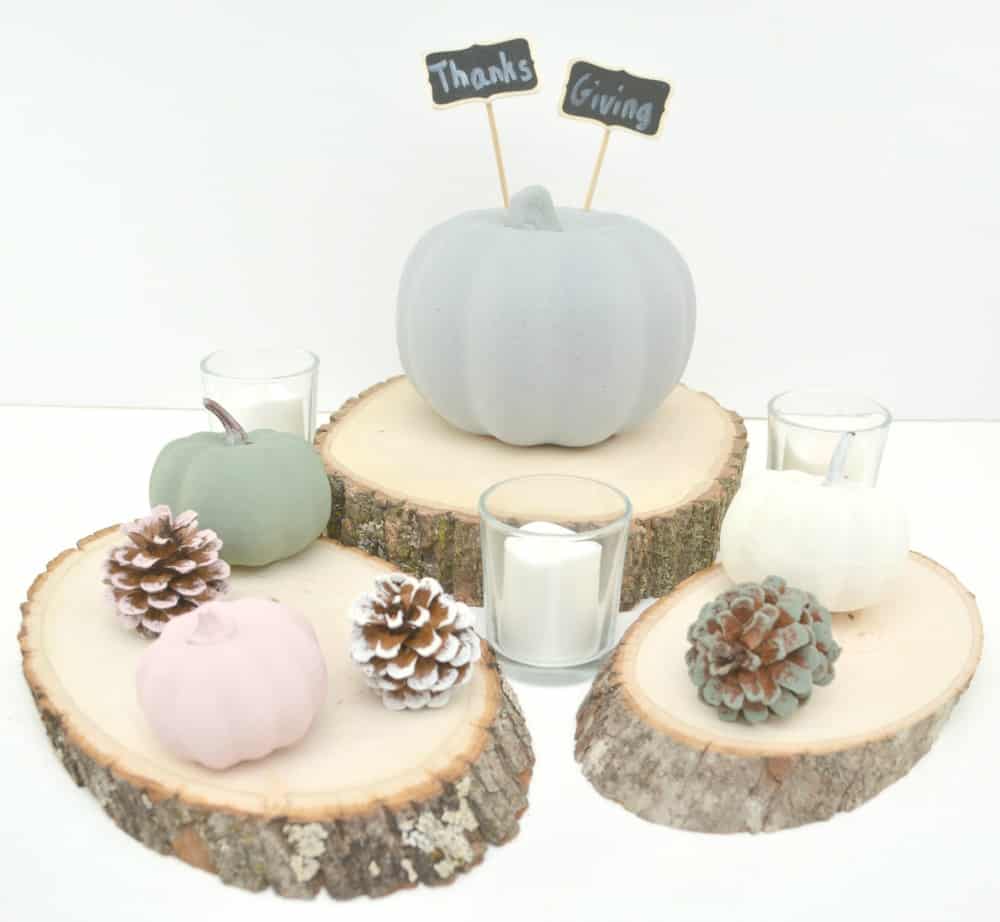 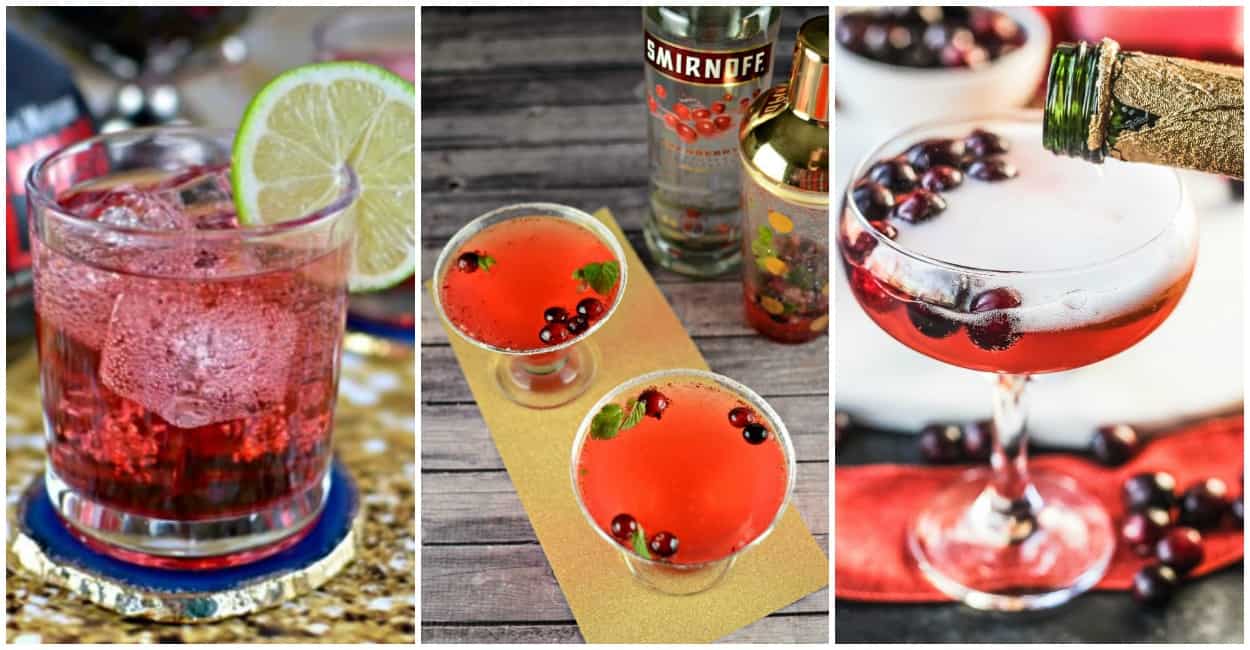 Next
20 Cranberry Cocktails To Create This Thanksgiving
Click here to cancel reply.

There's a National Pasta Month? How was I not aware of this before right now?! It's on the calendar for this year!

[…] 10 – June 17, guests at BRAVO Cucina Italiana will have the opportunity to choose two of BRAVO’s classic Italian dishes and receive a half portion of each!  The offer includes a choice of soup or salad. Dishes are […]